One of the unexpected outcomes of lockdown has been the resurgence of rather whimsical hobbies. Whether it’s knitting a macramé plant holder, tending to the garden, or baking banana bread, this new trend – sometimes referred to as ‘cottagecore’ – celebrates the simple things, getting back to nature, and enjoying life at a slower pace.

In a similar vein, no doubt born out of the past year’s travel restrictions, is the revival of the Great British holiday. Before international travel was made accessible to the masses through affordable air flights, a summer holiday by the seaside was about as far as the average Brit ventured. That is not to say that it wasn’t an adventure. Escaping towns and cities for a couple of weeks on the coast or in the countryside was a welcome change of scenery, and many holiday hotspots such as Suffolk, Norfolk, Cornwall, Brighton and the Lake District are still popular destinations. When we think of the Great British holidays from the 1950s and 60s, they have a certain retro charm. Viewed through the tongue-in-cheek lens of Martin Parr, they conjure up scenes of entire generations (and the family dog) crammed into one car, of overcrowded stony beaches, fish & chips, noisy arcade machines and braving the elements in a tired tent.

With nostalgia and quintessentially British charm at its heart, the Albion collection by Globe-Trotter makes its debut this month. This new suitcase range is inspired by the tradition of holidaymaking in Britain reimagined for the modern explorer. As a British heritage brand with everything still proudly designed and made in England, the collection also recalls Globe-Trotter’s rich heritage. 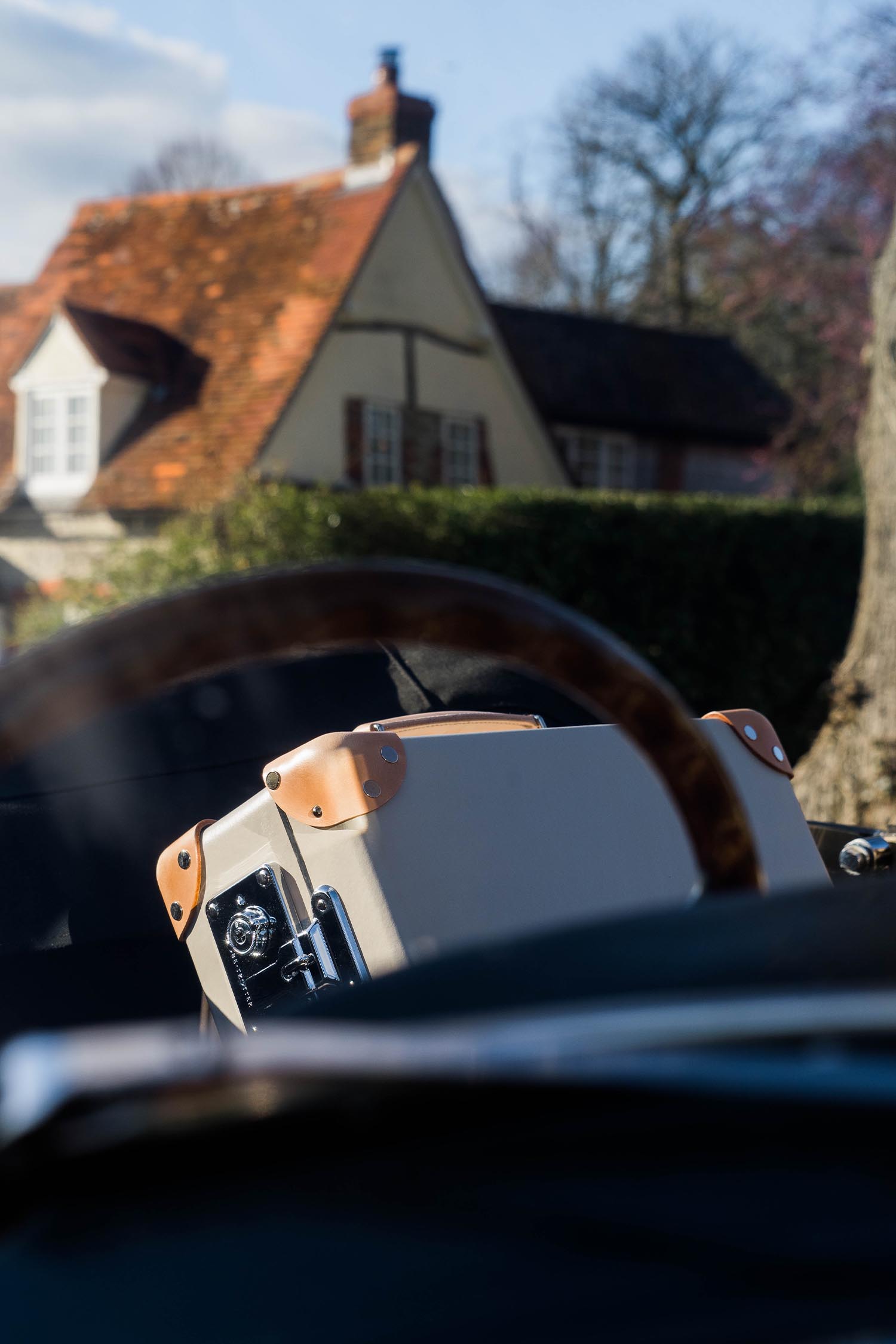 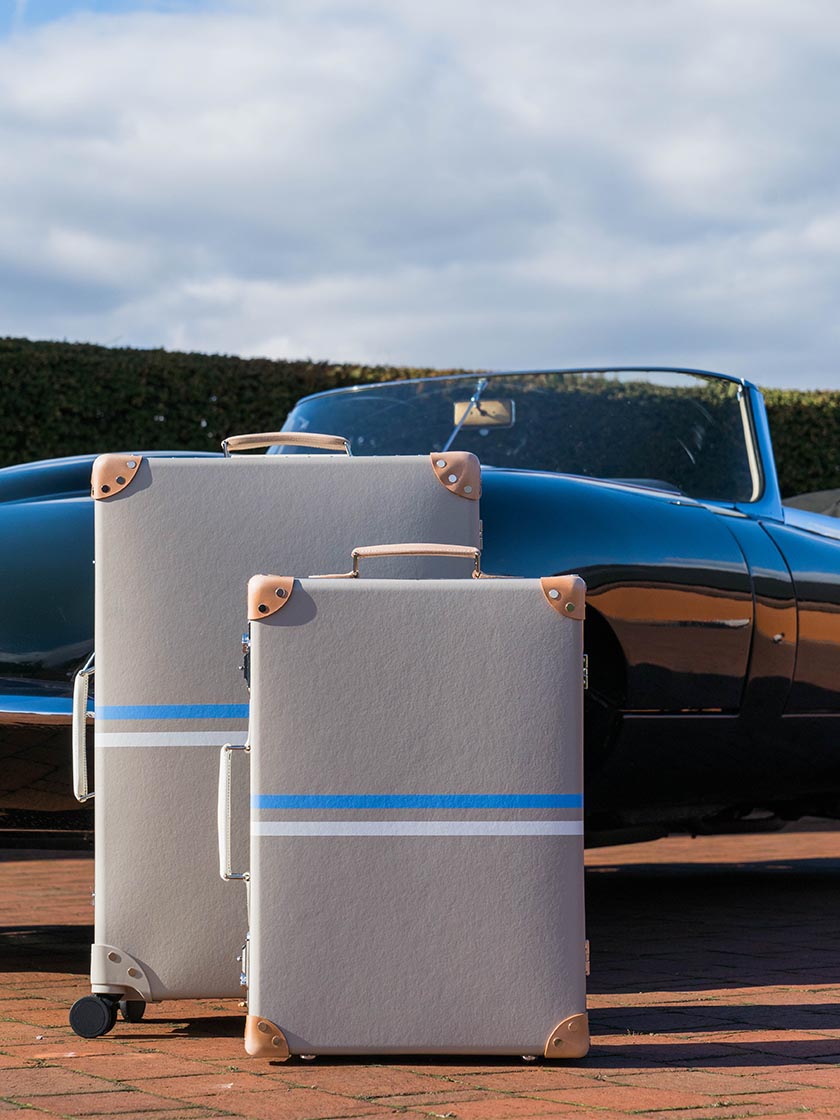 Designer Charlotte Seddon took inspiration from the company archives, which were filled with decades-old Globe-Trotters that often belonged to the same family and were passed down from generation to generation. These were often emblazoned with stripes on the exterior as a family insignia so that they could be easily identified on travels.

The Albion collection is divided into two distinctive aesthetics. ‘Dorset’ is the coastal-inspired offering, featuring a light cream Vulcanised Fibreboard body offset by pastel blue leather corners, inspired by sparkling seas and skies and candy-coloured ice cream and beach huts. Inside is a delightful patchwork lining that reflects this retro colour palette. The red stripe on the exterior recalls the markings of a lighthouse as well as the cases from our archive, and marks a sartorial move away from the Centenary silhouette to a more traditional style. The second edition is ‘Cotswolds’, which comes in more muted tones with a cream and blue stripe, inspired by the kind of stone cottages and quaint villages found in this part of the country. Inside, the lining is surprisingly colourful, inspired by the landscape paintings of David Hockney and the sight of the great British countryside from the air stretched out like a patchwork quilt. As a collection designed for the whole family, the Albion range is suitably comprehensive. It includes an assortment of luggage, from our signature London Square handbag to handy carry-on cases, all the way up to family-friendly 30” check-in suitcases. The luggage features Globe-Trotter’s revolutionary new 4-wheel system for the first time in a seasonal collection, as well as complementary luggage tags and a new leather travel sticker.

‘For decades, the British population have enjoyed taking trips around and exploring the British Isles with their suitcases in tow. These suitcases are passed down the generations, carrying with them countless special memories and eventually becoming family heirlooms,’ commented Seddon on the Albion collection. ‘The new SS21 collection draws upon these memories. Incorporating a 1950s-inspired colour palette recalling glorious British summer holidays, the collection is updated to suit modern families travelling the world.’

Spot on: Globe-Trotter x DR. NO