A Globe-Trotter vanity case is the ultimate throwback to a bygone era of luxury. We take a look at the origins of this ornate yet eminently practical travel staple.

Vanity cases may be considered a distinctly feminine accessory but, in Britain at least, they were originally designed for men and came into fashion towards the end of the 18th century. Known as ‘dressing cases’, these were finely crafted containers made from luxury materials and finishes with compartments for toiletries such as cologne, shaving cream, combs and manicure tools.

The French, however, were one step ahead when they pioneered the ‘Nécessaire de Voyage’ (sometimes just known as ‘Nécessaires’), which date back to the 14th century. These practical yet highly decorative travel cases were made for royalty and noblemen and gradually became more extravagant in design as travelling requirements evolved. Intricate compartments were designed to transport everything from cutlery to stationery, sewing equipment and even candle holders.

Probably the oldest vanity case known to man was discovered by Howard Carter (he of Tutankhamun fame) and is over 3,000 years old. The inlaid cedar box was discovered in a pharaoh’s tomb and contained stone ointment jars, perfumes, face paints and a hand mirror made from polished metal with a wooden handle decorated in gold. Proof, if needed, that man’s desire to look good is nothing new. 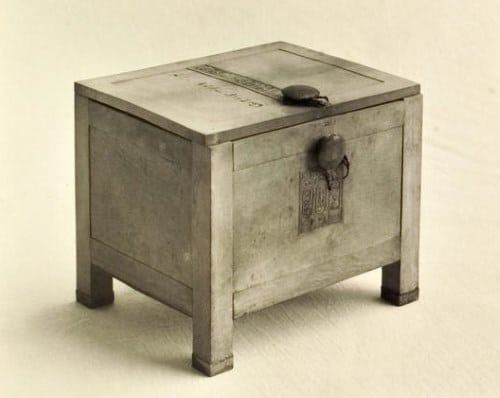 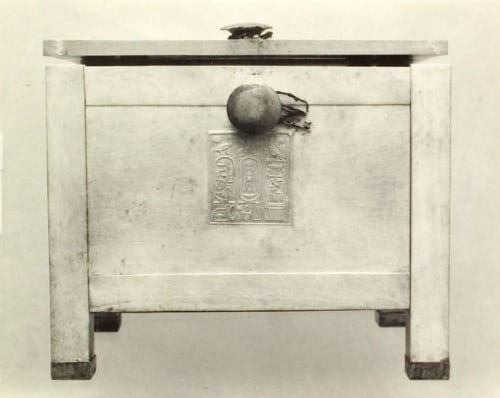 By the beginning of the Victorian era, men were starting to eschew frilly linen shirts and powdered wigs in favour of more ‘manly’ attire. Therefore the dressing case went distinctly out of fashion. However, it enjoyed renewed popularity with women, who were just starting to enjoy the Golden Age of Travel. As the cases became more feminine in design and use, they started to be known as ‘vanity’ cases.

Useful though they may be, vanity cases have always been unashamedly decadent in design. This was taken to a whole new level in the 1920s, when women's burgeoning independence (it was now socially acceptable for young ladies to smoke and apply make-up in public) meant that vanity cases had new requirements. Rather than previous bulky models, these new portable kits were sleek and slimline in design according to the Art Deco style. They were made by the eminent jewellery houses of the day, such as Cartier and Van Cleef & Arpels, and featured gorgeous detailing and materials including mother of pearl, tortoise shell, jade and precious stones. Charles Arpels (Van Cleef & Arpels co-founder) came up with the idea after he noticed his friend, American heiress Florence Gould, tossing her lipstick, cigarette lighter, powder and a few banknotes in a Lucky Strike tin. This inspired him to create a slimline vanity case so that a lady could fit all her necessities into one stylish, on-the-go piece of kit. Vanity cases are still popular today although their style and inexpensive materials (and, ultimately, price points) have made them more of a practical item than a luxury one.

In fact, Globe-Trotter is one of the few companies to handmake portable vanity cases from luxurious materials in the style of the antique models. While a number of vanity case models have been designed for Globe-Trotter since the 1960s, the current version was introduced around the launch of the Centenary collection in 1997, and has since become an integral part of the range.

The Globe-Trotter Vanity Case is 13" in size and features a fitted tray to store jewellery as well as a detachable mirror and three-digit combination lock. Its distinctive box shape mirrors the trunk style and is designed to be used as a travelling set, featuring the same leather corners, straps and vulcanised fibreboard body as the suitcases.

There have been several special-edition Globe-Trotter Vanity Cases released in recent years. Perhaps the most opulent, and therefore truest to its heritage, is the Goring Vanity Case, created in collaboration with the five-star London hotel. It features a regal damask silk lining; the same used in the interior upholstery of HM Queen Alexandra's State Coach, originally built in around 1865.

125 Years and Counting: The History of the Centenary Collection

What Makes Globe-Trotter An Icon?