The photographer Greg Williams tells us about his adventures with 007 and Globe-Trotter, his own love of travel, and offers some advice for aspiring photographers.

Greg Williams established his reportage style as a photojournalist in the 1990s, covering war zones in Myanmar, Chechnya and Sierra Leone. An assignment for The Sunday Times Magazine gave him his first access to the film industry and he has now shot ‘specials’ on over 200 movies, including four poster campaigns for the Bond franchise. He has also enjoyed exclusive access to BAFTA, the Golden Globes and the Oscars and is a regular contributor to Vanity Fair and British Vogue. His work on the James Bond films stretches back more than 20 years and he was part of the team behind the latest campaign for No Time To Die.

When did your love of photography first emerge?

I was six years old and a distant cousin of my mum's came over from Canada and he had lots of big cameras. I was definitely attracted to the kit. He had SLR cameras, long zoom lenses and big flashguns. And then he also had probably the flashiest Polaroid camera I’ve ever seen in my life! And I was just obsessed with them. About three weeks after he left, this little package comes through in the post and it’s this completely knackered old 110 Instamatic camera. I remember there were bits missing from it but it was light-proof and it worked. And he said to my parents, ‘Listen, I think Greg would appreciate this; he seemed really interested’. And that’s where my interest started. I knew I wanted to be a photographer from six years old which, I now realise, is very rare.

"They will be important photos from my life, when I look back on them at the end of it all."

When did you start working on the Bond films and what stands as one of your favourite memories from your first 007 movie?

The first Bond film I ever worked on was Die Another Day with Pierce Brosnan. My favourite moment from that film was probably a day when we were on a beach in Cádiz, Spain, and it was doubling for Havana, Cuba. There was a scene where Halle Berry walks out of the ocean in that famous orange bikini. We were on the beach and Pierce was there too and the mood was very jovial and it was very free to shoot. I was very aware of just how exclusive the access that I had was. And I took some pictures that today I still look back on. They will be important photos from my life, when I look back on them at the end of it all. 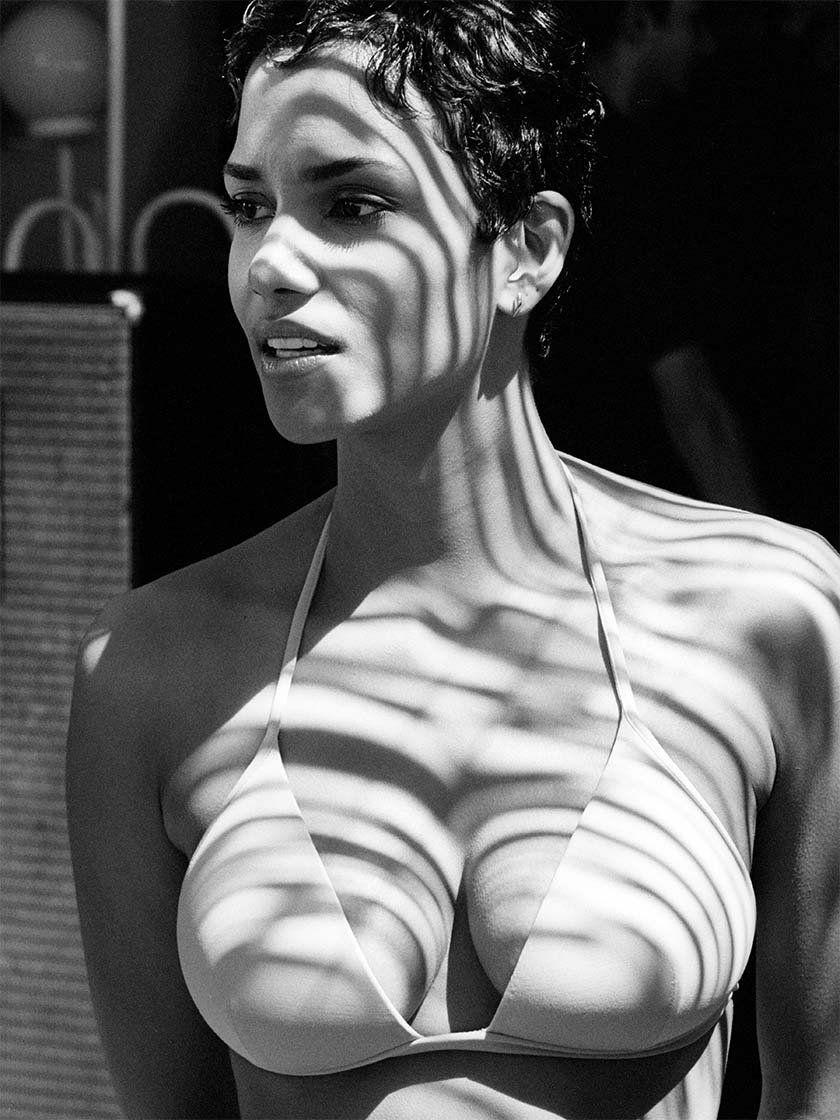 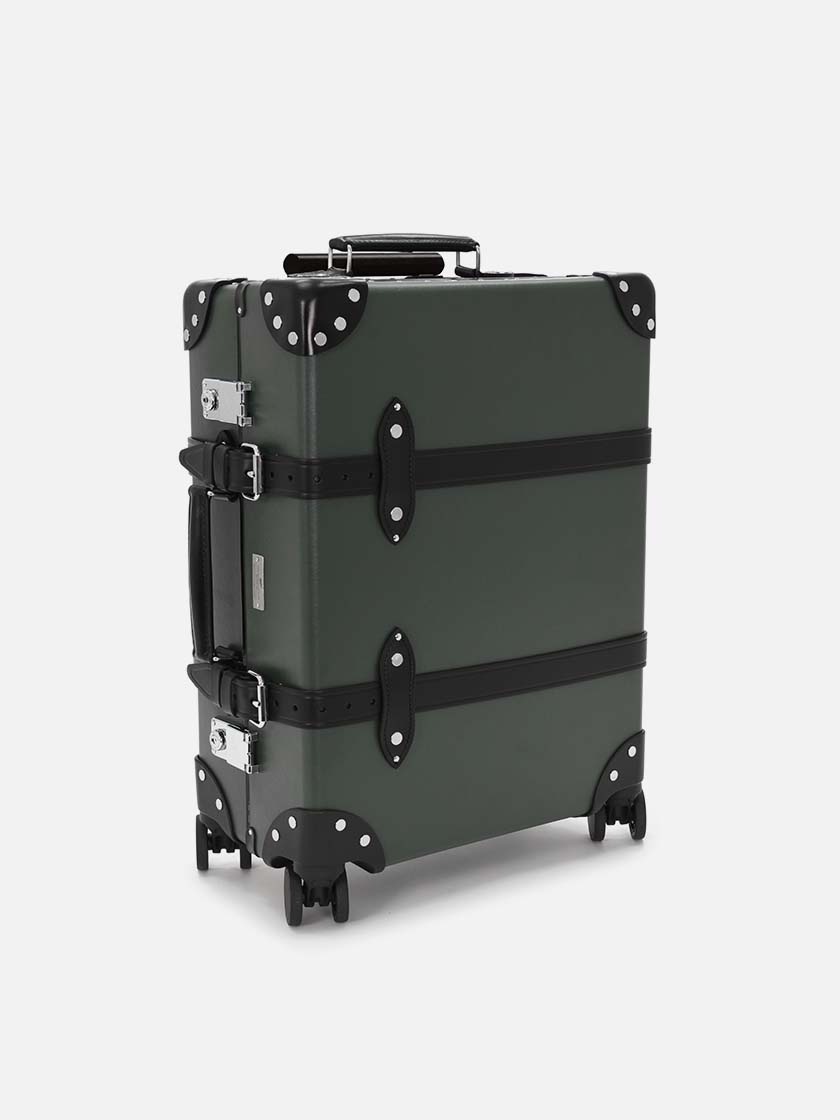 What has been the most exciting location to which you have travelled when working on the Bond films?

Probably the Atacama Desert in Chile, which was for Quantum of Solace. It was that feeling that you were really a very long way away from home. It is the driest place on planet Earth. Working there was pretty extraordinary.

What’s one of your favourite memories from working on the new film No Time To Die?

Possibly shooting the first teaser posters for the film. We did an early set of test portraits that we arranged directly between Daniel Craig and I where I put up a makeshift studio in his gym, where he trains every day, and I suppose it was just how small the shoot was. There were probably only three or four of us present and there was something lovely about the intimacy of that.

As a photographer, what was the most visually exciting location to which you travelled for No Time To Die?

Matera in Italy, which dates back thousands of years and is made up of homes literally cut into the rocks; they’re basically caves. It’s an extraordinary town. It’s absolutely stunning, visually. You really felt like you were in a Bond location. They shot an incredible car chase there. To an extent, yes, but it’s almost the other way around. I try to approach my professional photography like I would my personal stuff – how I get those personal reactions out of people is by treating them like I would my mates. So it's almost like the answer is the flip of the question. Obviously, it’s not always easy to do. You have to get the buy-in from the subjects.

What one piece of advice would you give to an aspiring photographer? I was 19 years old and me and a friend went to Thailand and got ourselves smuggled into Burma, to photograph the conflict between the Karen guerrillas and the Burmese Army. That was back in 1992 and was a true adventure.

Is there a part of the world, or a type of landscape, to which you often return?

Sadly, no. There should be. If I had more time, I would spend much more time in Africa, with wildlife.

What are one or two of your favourite cities, and why?

My favourite cities are probably New York and Los Angeles. I love LA, for the work and for the light. And I love New York because I lived there and loved living there, and think it’s probably the greatest city on Earth. Venice is also very close to my heart. I go to the film festival every year and I think when I look back on my life, I would have taken some of my favourite pictures in Venice; it’s so photogenic.

It would be Asian or pan-Asian. I love sushi and all sorts of Asian food. Second favourite would probably be Middle Eastern.

Where is the furthest you have travelled with your Globe-Trotter suitcase?

Probably Los Angeles. It’s mainly been in Europe otherwise. I like the fact that you can fill them as full as is humanly possible. You can be literally standing on the thing, with a three-man team to get it shut, and because of the leather straps you know it’s not going to pop open. The leather straps give it an extra level of security, more than any other luggage I’ve had in my entire life. I have four black and brass cases, with my initials on them, and they are an absolute statement wherever you go. You roll up and they are noticed. 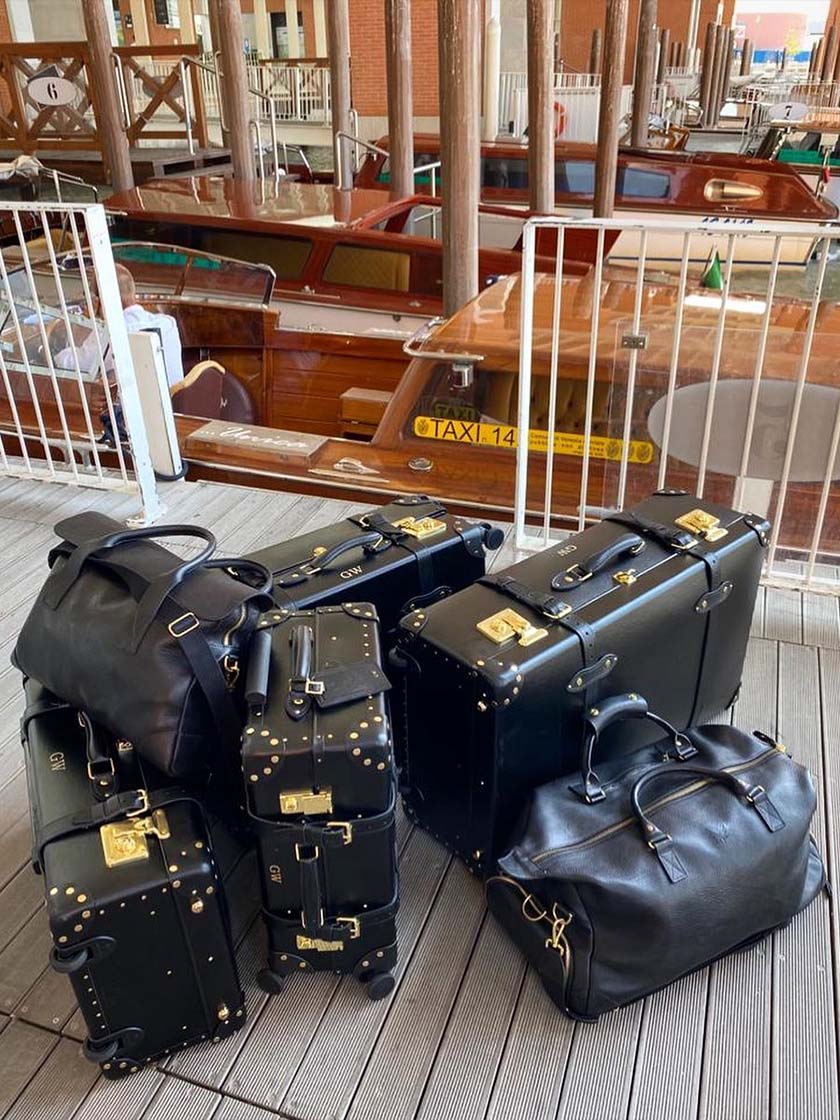 I like to pack an hour before I leave the house because if I’ve packed the day before then I have already started travelling. I like the thought that you don’t mess up your day before with packing.

What items do you always travel with?

A pot of Marmite and goggles. I swim everywhere I go.

No Time To Die is released in UK cinemas on Thursday 30th September 2021. Follow Greg Williams on Instagram.