Cary Joji Fukunaga's work as a writer, director and cinematographer has taken him all over the world. His television work includes directing and executive producing the first season of HBO’s True Detective, for which he won an Emmy for Outstanding Directing, and the highly acclaimed series Maniac for Netflix. He made his feature film writing and directing debut with the critically acclaimed Sin Nombre followed by the film adaptation of Charlotte Bronte’s Jane Eyre.

His third film, Beasts of No Nation, was an official selection at the Venice, Telluride, and Toronto film festivals and earned Idris Elba Golden Globe and BAFTA nominations for Best Supporting Actor. More recently, he directed No Time To Die, the 25th James Bond film…

What is one of your earliest memories of watching a Bond movie?

A View To A Kill. I saw it in a movie theatre in Oakland when I was eight years old; I think it was at the Grand Lake Theater. There were so many cool elements all happening at once, Duran Duran, Grace Jones, and the finale on the Golden Gate Bridge. It felt like the movie had crossed over into my world, as if I could look out across the bay to the towers of the bridge and see Bond and Christopher Walken battling it out over rush hour traffic and the afternoon fog. 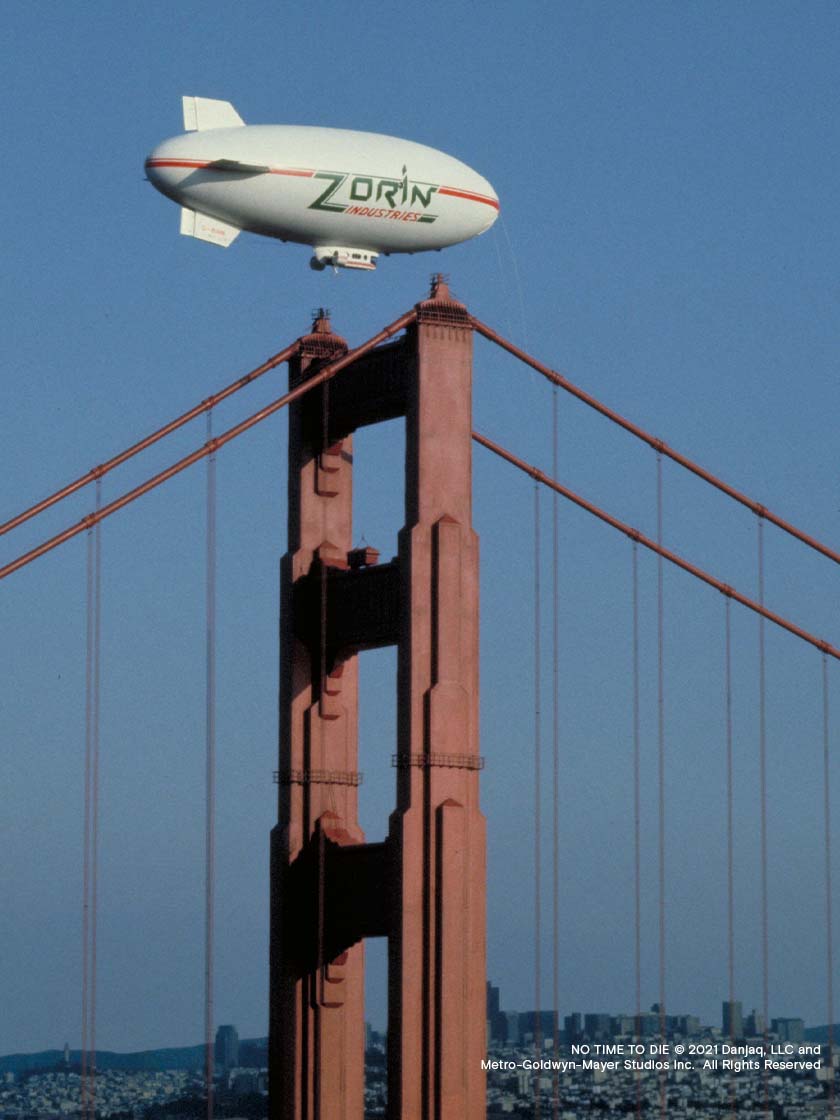 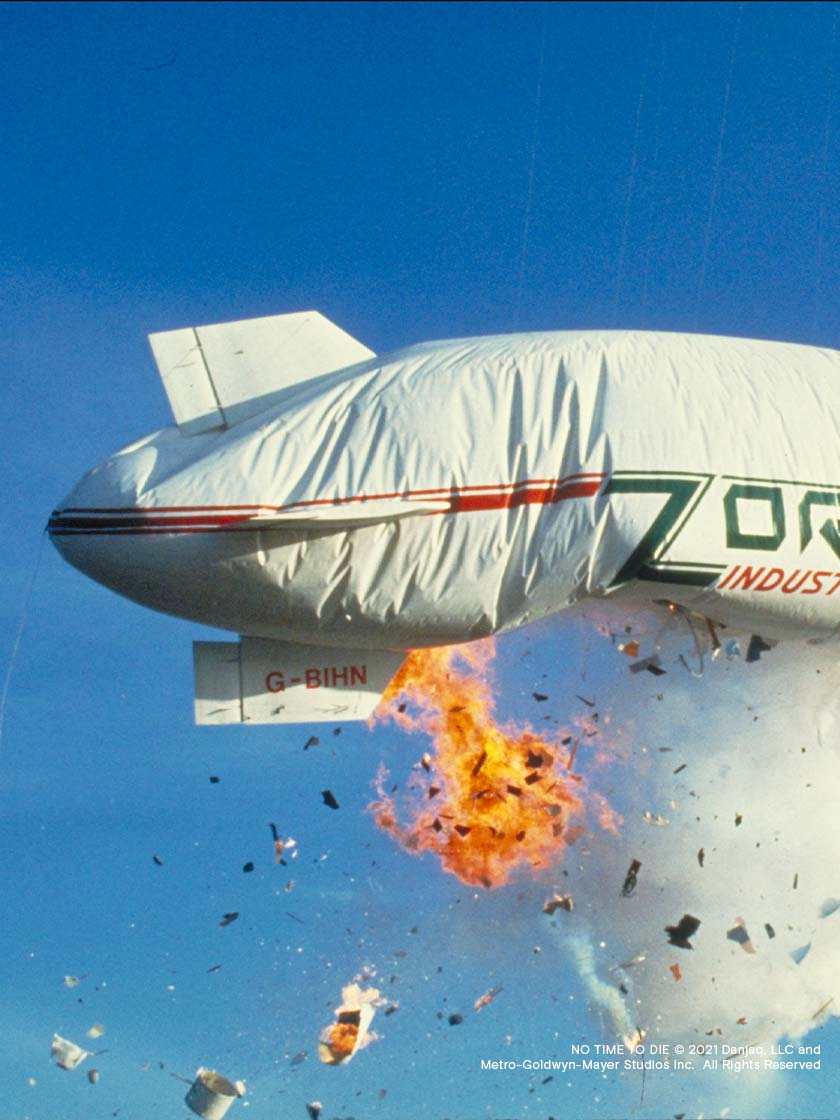 What were your impressions of Daniel Craig as an actor?

Daniel's obviously an amazing actor. He is my favourite iteration of Bond because of the modern complexity he's brought to the character: vulnerability mixed with the brutal potential for violence. Working with Daniel was impressive on many levels, his enthusiasm for the craft, the experience he's brought from over 15 years of making these films, and his desire to continue to elevate and deepen the character and world is admirable. He is a multifaceted Bond and will be a very difficult act to follow.

The Bond films are synonymous with interesting locations. Are there any in particular that lingered in your memory over the years?

Blofeld’s lair under a volcano in You Only Live Twice. Was it very rewarding to shoot part of No Time To Die in Jamaica, Bond’s spiritual home?

Definitely. Going to Goldeneye, Ian Fleming’s home on the island’s north shore, and seeing where all these ideas were born was special. It was a treat to imagine Fleming sitting at that desk by the window overlooking the sea dreaming up Bond and the people he encountered and the places he went, creating a cultural phenomenon that has become world renowned. Barbara Broccoli [producer with Michael G. Wilson] had mentioned early on the idea of going back to Jamaica for the story. That meant a lot to her, I think, especially since Dr. No began there and for Daniel's last chapter, we set it as his retirement home — until the dangers of the world draw him back out again. 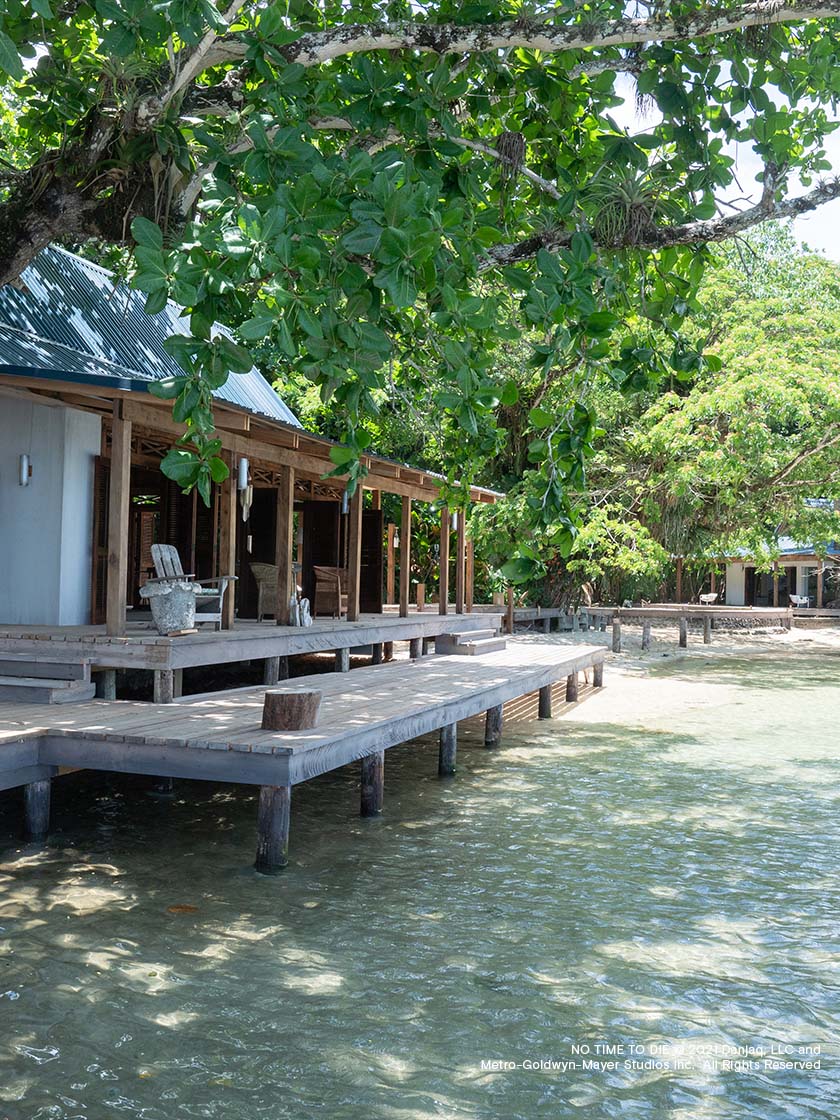 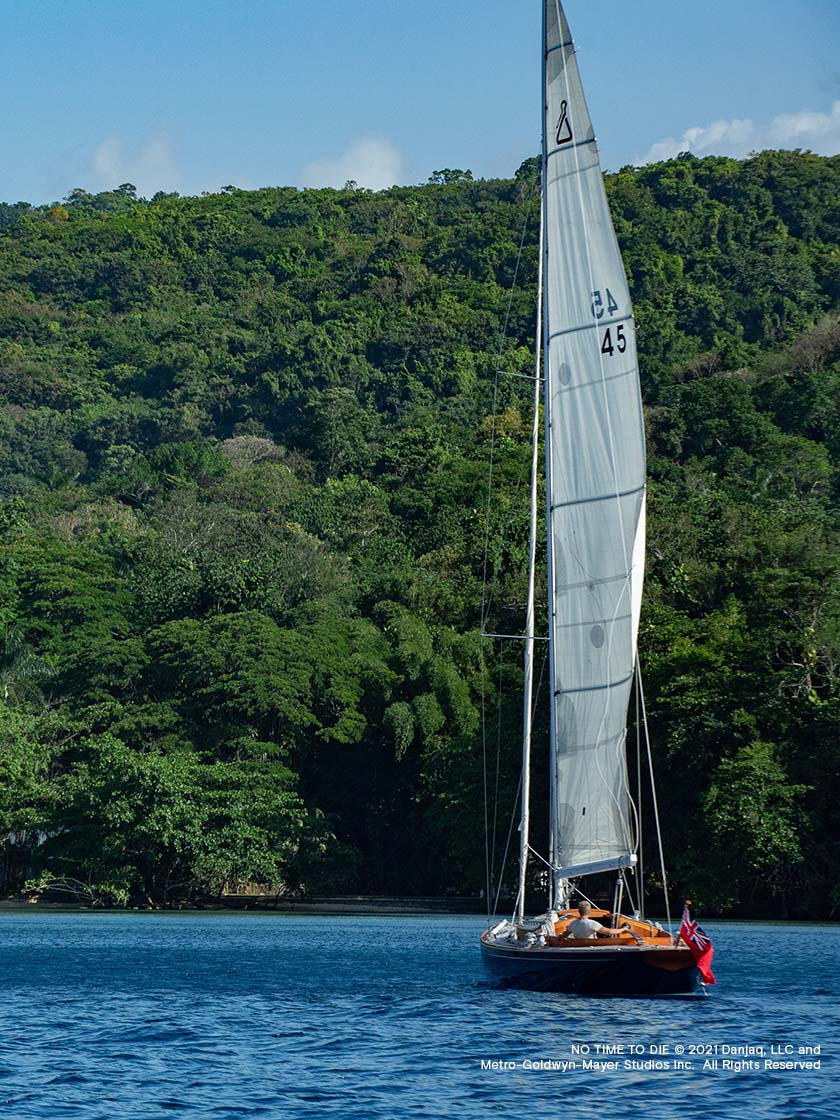 What informed the decisions when choosing the other locations that feature in the film?

All the locations came about organically. I had been spending time in Norway before I even joined the film and fell in love with the landscape there. Italy came about because they drive off into the sunset at the end of Spectre and where is more romantic than Italy? Matera and Gravina di Puglia were too special; we had to shoot there. Matera is one of the oldest continuously lived in cities in the world. And you can feel it. The bridge we shot in Gravina di Puglia has graves going back to the Neolithic on one end. The history is carved at your feet. 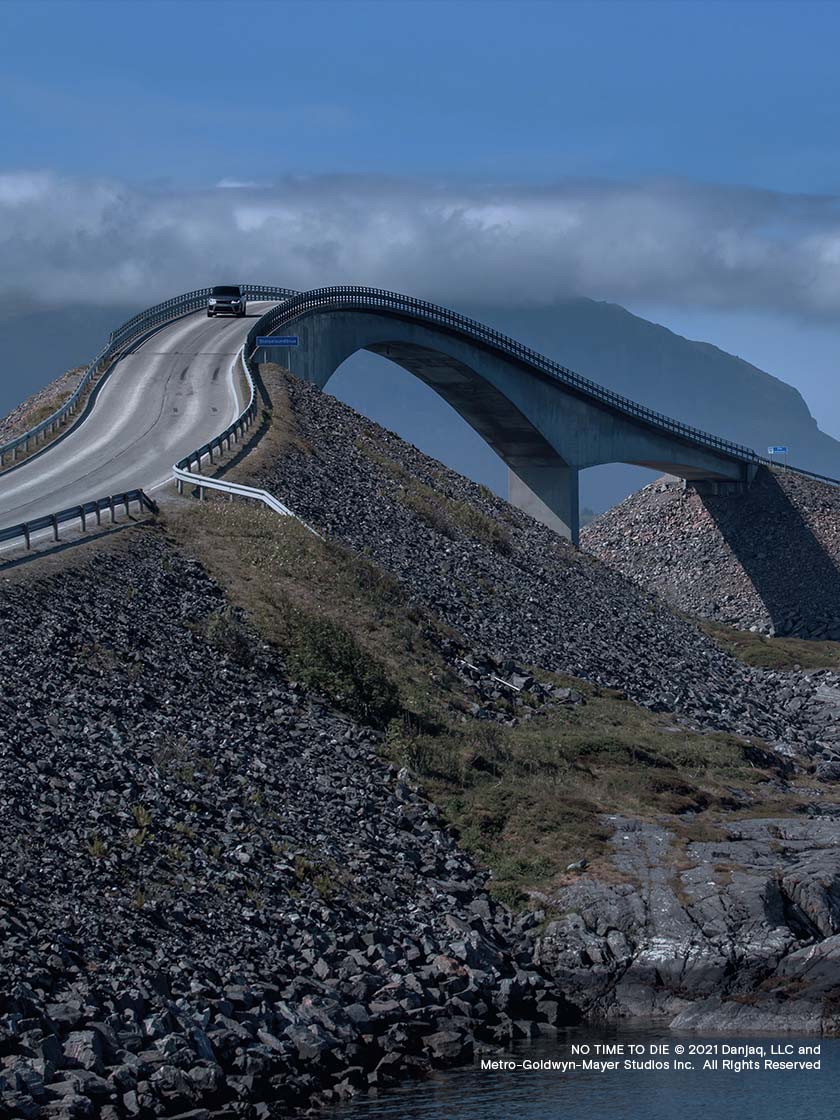 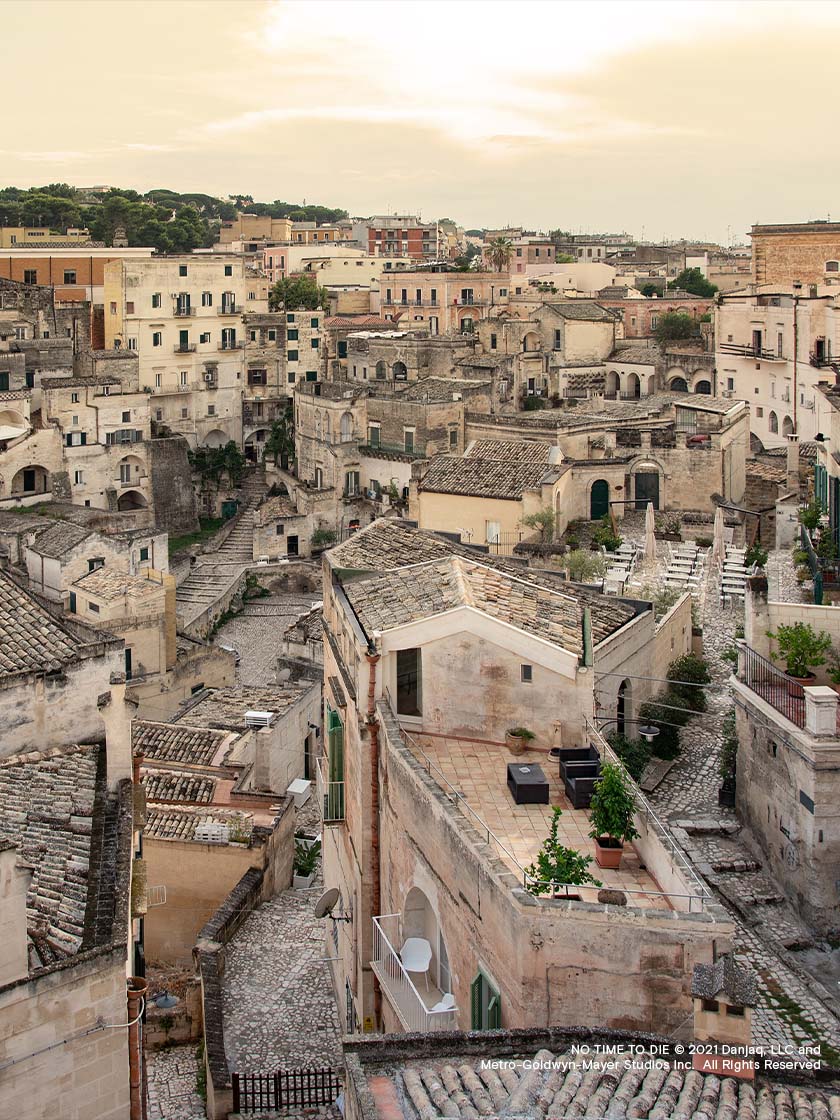 What is the wildest location to which you travelled on a film?

The Arctic Circle, where we came face to face with polar bears in the wild.

The Bond films are also synonymous with thrilling action sequences. What was your approach to shooting those scenes?

It is always important to put Bond in an impossible situation where he has to use brain and brawn to get out. It cannot just be Bond going from point A to point B and winning; converging and conflicting threads need to complicate the agenda. So in Italy and Norway, for example, there’s more going on than just car chases. And you’ll see that in later action sequences, too. I’m not saying we’re reinventing cinema but we’re definitely putting Bond in difficulties he’s not been in before.

My first solo trip was skateboarding around Europe during the winter break my first year at university.

Is there a part of the world, or a type of landscape, to which you often return?

Japanese food. It’s my roots and my favourite.

My packing style is minimal and chaotic.

With what item do you always travel?