In the elegant Galleria Manzoni, a shopping arcade in the Rationalist style dating from 1949, designed by architect Alziro Bergonzo, is a special exhibition staged by Alessi, the famous Italian design company. Called Alessi 100–001, it occupies the entire gallery with installations representing the first 100 years of the company and launching the next 100.

At the entrance to the exhibition, Alberto Alessi, grandson of the founder Giovanni, who created the firm a little over a century ago in 1921, has chosen to display a number of designs from the company's archive. To symbolise the Alessi journey, these pieces, which date from the 1920s to the 1960s, have been showcased in archive suitcases from Globe-Trotter. Though Globe-Trotter is some quarter-of-a-century older than Alessi, its provenance as an innovative maker of quality products that are well-designed and still on offer today echoes that of Alessi, which continues the business of design innovation in 2022.

Alessi's speciality has been to partner with some of the greatest names in design, such as Philippe Starck, Aldo Rossi, Riccardo Dalisi, Alessandro Mendini, Ettore Sottsass, Michael Graves, Achille Castiglioni and Richard Sapper, and its homeware objects have become genuinely iconic – pieces such as the spidery Juicy Salif citrus squeezer by Starck, and the bird-whistle kettle by Graves. To celebrate these achievements, Alberto Alessi has identified 12 key values of Alessi, and these are expressed in the exhibition through the display of special-edition pieces, prototypes and materials.

"For a Globe-Trotter case is an archetype of the suitcase, the very essence of the idea."

One of these values is “Thingness”, which, according to Alberto Alessi, is the ability to create objects that become representative of their category. In other words, archetypes. '"Thingness" is the ability to tap the deep essence of an object, its true raison d’être, which is a constant prerogative of the best design projects,' he says. 'We can say that an object attains its "Thingness" when it represents and synthesises that given gesture or operation for which it has been conceived and designed: in other words, it takes on a symbolic value and becomes an archetype of its category. How difficult this is to achieve!'

But it is this very quality of “Thingness”, so abundantly evident in Alessi's output, that accounts for the presence of Globe-Trotter at this exhibition. For a Globe-Trotter case is an archetype of the suitcase, the very essence of the idea. 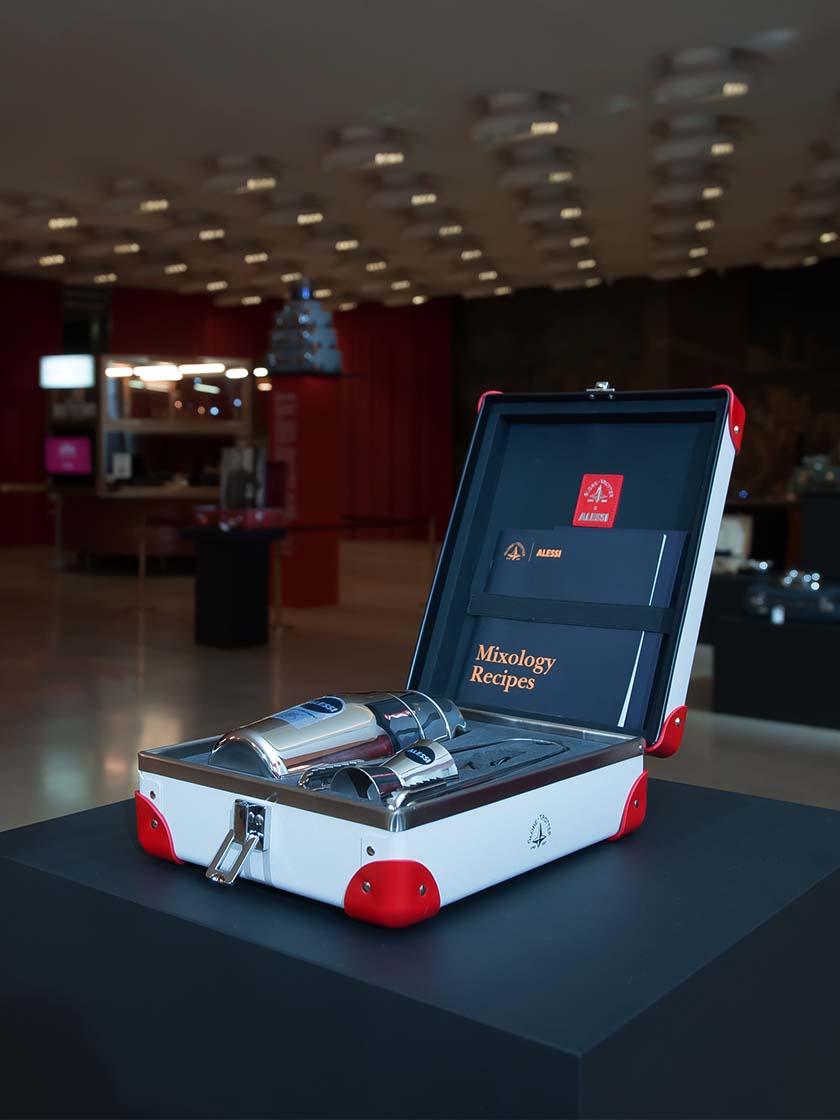 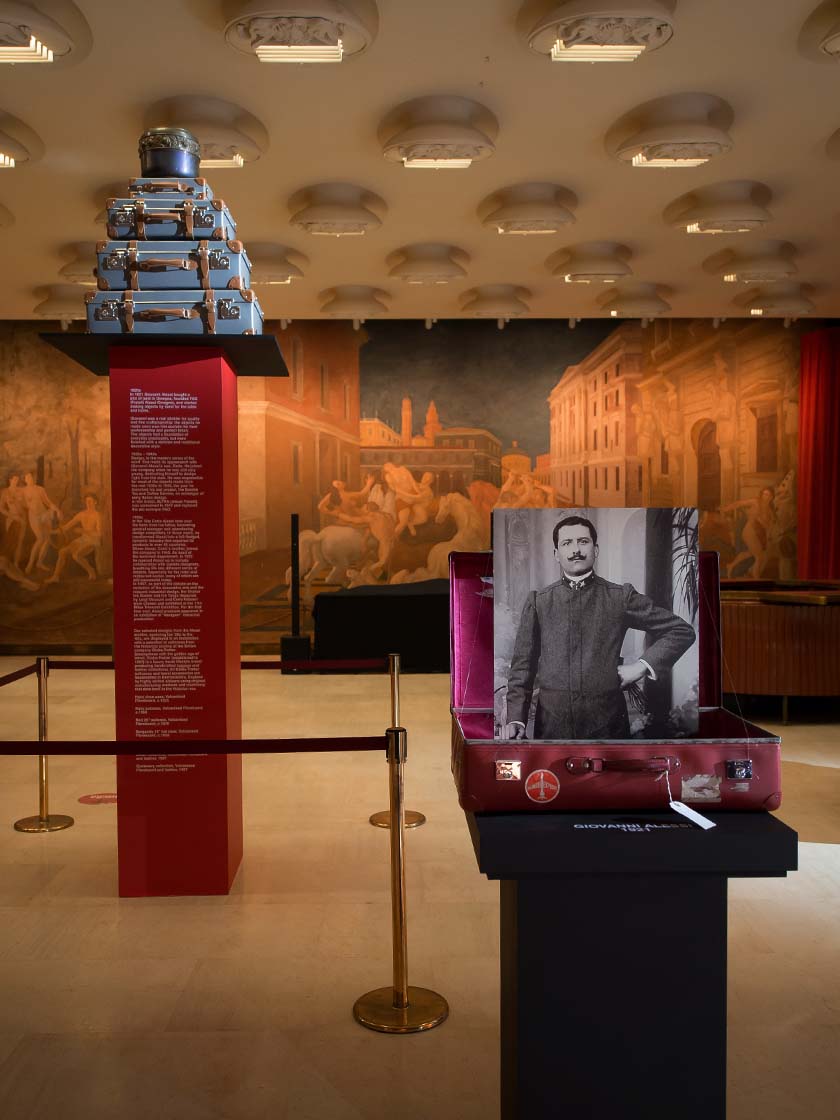 'We at Globe-Trotter were flattered to be asked to take part in Alessi’s centenary celebrations at Design Week in Milan,' says Vicente Castellano, executive chairman of Globe-Trotter. 'To collaborate with a company that is so rightly celebrated for its design excellence and innovation is genuinely exciting. Especially as this exhibition is not merely a retrospective, but also a statement about the future.'

Castellano is referring to the fact that as well as looking back over a century of design, the Alessi 100–001 exhibition is also debuting a new collaboration to announce the Italian firm's first step into the next 100 years. This is what is being referred to by the 001 of the exhibition title. The partnership is with the late American fashion designer Virgil Abloh, which has resulted in a new take on the idea of cutlery: the Occasional Object Cutlery set, limited to 999 pieces, which blends ideas of outdoor tools with fine-dining implements.

Globe-Trotter, too, looks forward as well as back. To the future not only of luggage, but also of travel. Because like Alessi, which is known to its President Alberto Alessi as 'The Dream Factory', Globe-Trotter is all about curiosity and potential. And great design, of course.